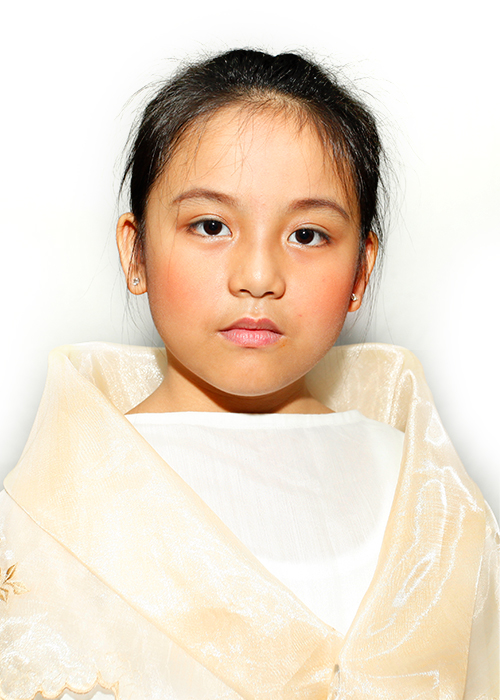 LAMP – A dancing fire that attracted the young gamu-gamu.

A cheerful and bubbly, chubby cheeked girl, Janna Leigh Siao is one curious young lady with a never ending “why” question. Now studying as Primary 2 level at Li Sing Tai Hang School, her love of acting, dancing and singing has led her to becoming a member of their school’s choir group and jazz dancers as she enjoys performing in front of a crowd. It gives her much excitement to be a part of Teatro Filipino’s new project, “Sa Ugoy ng Duyan” and has learned a lot during their workshops. Janna hopes to be a pop star and be famous someday. She also appreciates every form of art and creative outlets, which includes visual arts and painting. You can find her artworks at www.raisingchubbycheeks.com.